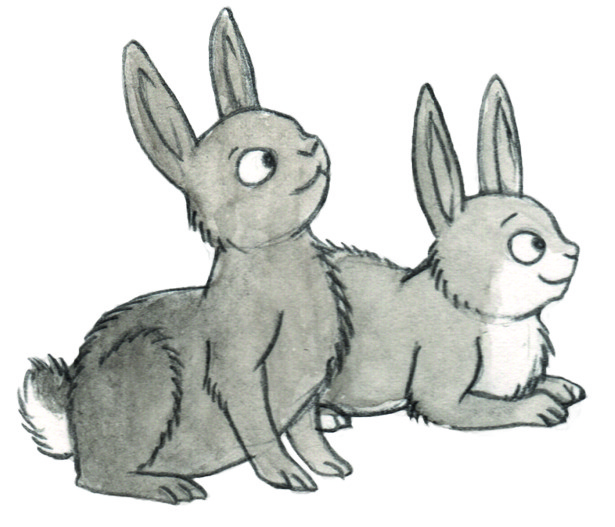 I kept a pregnancy journal – Two Peas in a Pod at the start of the pregnancy journey, reading back over it actually made me laugh quite a bit so I wanted to share it with you over a few blog posts in the coming months. Very few eyes have seen this, so consider this an exclusive!

What started out as a seemingly normal pregnancy turned into quite an adventure over the past few years; full of craziness, tragedy and an experience that has shaped who I am today.

Nothing can prepare you for the two lines on the stick when you weren’t expecting or planning it. It’s an even bigger shock when the ultrasound technician tells you that we needed to move to another machine because ‘I don’t know how to record TWINS on this machine’. Such a funny guy!

After the initial hahahaa good joke, but it’s not funny, followed by the new machine confirming two heart beats… no I did not swallow a live animal, there’s TWO OF THEM IN THERE, I finally realise that laughing hysterically is the only possible solution to this catastrophic problem!

He can’t get an image of them while I’m in this state because he’s now got the giggles too so I have calm down. Ok here come the tears, easier to happy snap while sobbing quietly.

But I’m 37! I can’t have one, let alone two. Kids are loud! Kids are expensive! Oh dear lord… my independence, my FREEDOM!!! More or less exactly what most unsuspecting mothers would say. TWINS!!! No amount of capital lettering, exclamation marking or bolding the words I’M HAVING TWINS is making it sink in.

The charming family photo of Twin A and Twin B are proof enough. I have affectionately named them Pea 1 and Pea 2, since they’re about the size of a pea right now, or peanuts actually but pea is short and sweet… sweet peas.

I call my partner and tell him. He didn’t take the ‘I’m pregnant’ thing too well, neither did I. The twins thing? He just laughs hysterically, followed by a ‘well the universe has really screwed us there’.

I totally agree. I’ve gone my whole life not wanting kids. My life is great the way it is! Travelled the world, did whatever I wanted, drank my body weight in alcohol, partied until I dropped, is that all over now?!? Sigh, I hope not.

I’ve told a few people, why is everyone else so much more excited than me? Most of them laughed more than I did. Well, if you knew me you would too. I am not the motherly type, or so I thought. Every single one of them says I’ll be a great mother. Cave-woman comes to mind, holding them by the legs and trying to attach them to my tits, that’s the way it’s done isn’t it? Yeah great mother alright! God help me.

So apparently the cost of raising a child in Australia is an average of around 450k per child from the time they’re born, until the time they leave home. ARE YOU KIDDING ME?!? So the peas are going to cost us over 900k in the next 18 years… LIKE HELL!!! I’m going to start recording this, it can’t be true! What, gold plated cribs and caviar lolly pops?!?

In saying that, it’s probably costing me more in food, seeing as though I’m hungry ALL THE TIME. Yes, I eat then I’m hungry two hours later, not just hungry but STARVING, I WANT TO DIE, STOMACH EATING ITSELF kind of hungry. I have resorted to carrying an array of snacks around with me, I’m a monster when I’m hungry as it is, let alone pregnant with twins and hungry. I pity anyone who crosses my path when I have forgotten to pack snacks.

I haven’t put on any weight yet… Kris says that’s because I’m not that skinny to begin with *evil stare* but I’m beautiful anyway *narrowing of eyes*. Panic crosses his face and he kisses me before escaping the room quickly. I pull a snack out of my bag and everything seems OK again.

I’ve even lost a few kilos since returning from our tip to Poland, oh land of sausage, potato and vodka… consumed in gigantic proportions in no particular order. But man, did I stack it on. So losing weight, while pregnant with twins, I think I’m doing well. ‘Yes you are sweetie’. Yes Kris, that’s the right answer.

So, I’m going to document in my pregnancy journal what it costs to raise the peas, from beginning to end (if there is actually an end, OMG it’s forever isn’t it!). Along with what I learn along the way, because having twins is going to be a challenge… and maybe I can teach someone else how to cope with it, or at least we’ll have a laugh! It’s going to be pretty funny, me with kids, who would have thought.

I had a dream last night. Well actually it was more like a nightmare. Another head popped up from behind one of the peas, dressed in purple with a little black mask and said with an evil grin: ‘hello, I’m the phantom pea’. Then laughs like mwahahahaaa.

I woke up in a sweat. Another one?!? No, it’s not possible. A cruel joke. Two was hard enough to swallow, now I’m dreaming there’s three? I need a stiff drink! Argh, forgot, pregnant, and it’s 6am. Fear has wracked my body and mind and panic sets in. There can’t be another one hiding in there. I’m going to have to get used to all the crazy thoughts and silly things that will come with such a ridiculous situation. My mind is playing games with me and it’s not funny.

I’m sleeping really well, although by 8pm my eyes won’t stay open, then wide awake at 5am. I have to get up to pee two or three times during the night. I’ve tried pushing as much out at the 1am pee but 3am pee still has to happen, as does the 5am one. You’d think cutting back on the water would make a difference, but nope. Is this some sort of phenomenon? Are the two peas bouncing around in there, playing Mozart on my bladder or something? They’ve already started waking me up and they’re not even born! Pea sonnet in pee major. Thanks guys.

The hospital has already called me to set up all the appointments. Wow they move quickly! The doctor sent everything away and all the scans are booked already. I’m going through the public system at the Royal Brisbane Hospital. They are supposed to be the best and by the looks of it, they’re pretty efficient! Had a call from two departments, both wanting to book me in. Mix up between departments but two calls are better than none!

Midwives… what a funny name. Midwifery!!! Hahahaa that’s just hilarious. The word actually means ‘with woman’, so I’m going to call Kris my midwife now, since he is with a woman… and will probably be there for the birth, but I wouldn’t put him through the traumatic experience of actually seeing the peas pop out. That would most likely scar him for life. He can hold my hand, and I’ll probably want to bite off his fingers. There are male midwives as well I’m sure, are they called midhusbands? Hmm, the mind boggles.

Because I’m high risk the doctor thinks a planned c-section will be the way to go. Not really overly excited about a planned butchery, but pushing two of them out, at my age, being the first pregnancy and all, I’ll leave it to the doctor to make that call.

She actually looked at me with a straight face and said that it will most likely happen on the 1st of April. I waited for her to crack… no cracking. She’s serious. OMG April Fools babies. Very fitting. The universe is such a comedian.

Stay tuned for the next pregnancy journal chapters in the coming weeks! I’m very excited to share this with you.